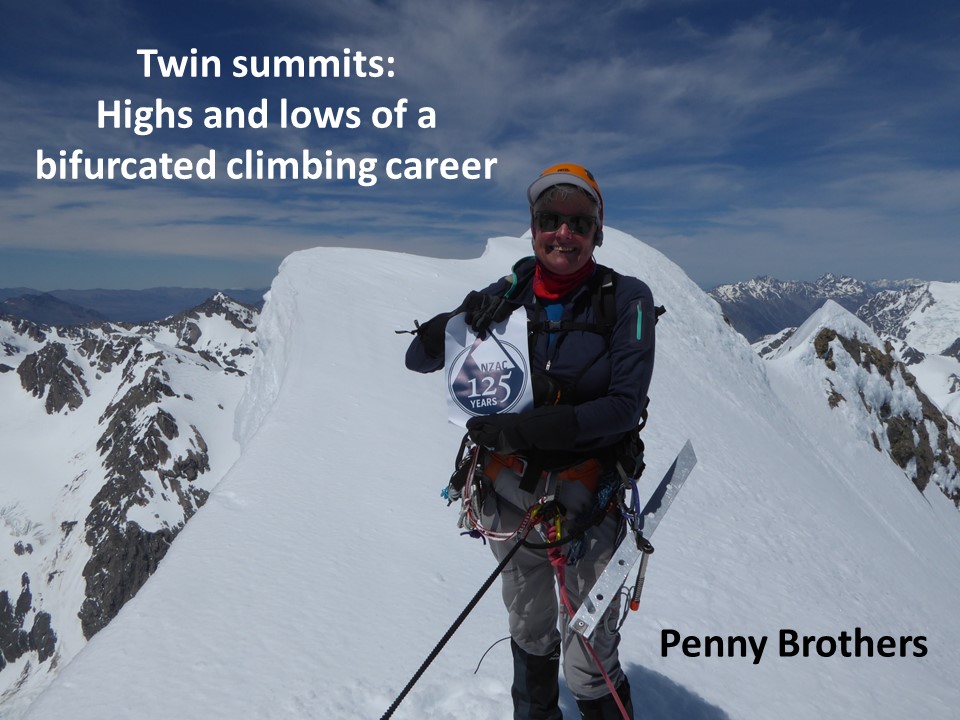 Come and hear a rundown of the CCA’s recent activities plus general climbing news and points of interest, followed by our guest speaker presentation.

CCA members and non-members are welcome.

Twin summits: highs and lows of a bifurcated climbing career

Penny Brothers’ formative years as a climber were spent in New Zealand, the USA, the Himalayas and even in Australia, where she completed rock and alpine ascents including Yosemite big walls and, in 1980, the first ascent of Bhrigupanth (6770 m) in the Garwhal Himalaya as part of a women’s team. She then had an unplanned hiatus from climbing while tending to her family and an academic career at the University of Auckland. In recent years she had an equally unplanned return to climbing, with ascents in New Zealand, Peru, Patagonia, and even in the ACT where she has just taken a job at The Australian National University. She served as President of the New Zealand Alpine Club in 2016-2017.

Tonight, Penny will talk about her early years and then strategies for successful “crevasse rescue”: climbing out of the middle-aged abyss.